Marsha P. Johnson and Sylvia Rivera were pioneering activists and leading figures of the gay liberation and transgender rights movements.  Johnson and Rivera were drag queens and survival sex workers, and both lived lives impacted by the systematic poverty and racism endemic in the United States.

Johnson was a founding member of the Gay Liberation Front, and is remembered as one of the most significant activists for transgender rights, although the term “transgender” wasn’t commonly used during her lifetime, and Johnson identified as a transvestite, gay and a drag queen, and used she/her pronouns.  She was on the front lines of protests against oppressive policing, including the Stonewall Uprising of 1969, and advocated tirelessly on behalf of sex workers, incarcerated people, and people with HIV/AIDS.

Rivera was a tireless champion for the rights of people of color and low-income LGBT people, calling for unity and sharing her stories, pain, and struggles to show her community they are not alone. She amplified the voices of the most vulnerable members of the gay community, and fought for the inclusion of transgender people in the Sexual Orientation Non-Discrimination Act in New York.

Together, in 1970, Rivera and Johnson founded Street Transvestite Action Revolutionaries (STAR). STAR offered services and advocacy for homeless queer youth and, according to the Global Network of Sex Work Projects, was the first LGBT youth shelter in North America and the first organization in the United States led by trans women of color.

These are just two of the countless extraordinary leaders of color from groundbreaking social movements who are all too often excluded from our national memory.  Learn more and become involved.

On September 28, 1983 Michael Jerome Stewart, a young Black artist, died after spending 13 days in a coma as a result of a brutal arrest for writing graffiti in New York City.  Only 25 years old, Michael Stewart was student at Pratt Institute in Brooklyn, and well-regarded in the NYC arts scene.  Numerous artists and musicians made work in response to his horrific death in an effort to draw attention to the systemic and institutional racism endemic in our society.

Over the past week, we have witnessed a deepening of our national trauma. The unconscionable deaths of George Floyd, Breonna Taylor, Ahmaud Arbery, Sean Reed, Tony McDade, and too many others, continue and amplify a long history of racism, injustice, inequality, and violence. They come at a moment when the global pandemic is having a disproportionately devastating impact on Black and brown communities.

There are many ways to express grief and outrage in response to these injustices, making art and participating in peaceful protests can serve as powerful methods.  Confronting and taking action against systemic racial and economic injustice is the right thing to do; do it safely, and know your rights.

Visit Indivisible to learn how you can take action in defense of Black lives.

Following is information from the ACLU about your right to protest:

Learn more about your constitutional and civil rights from the ACLU. 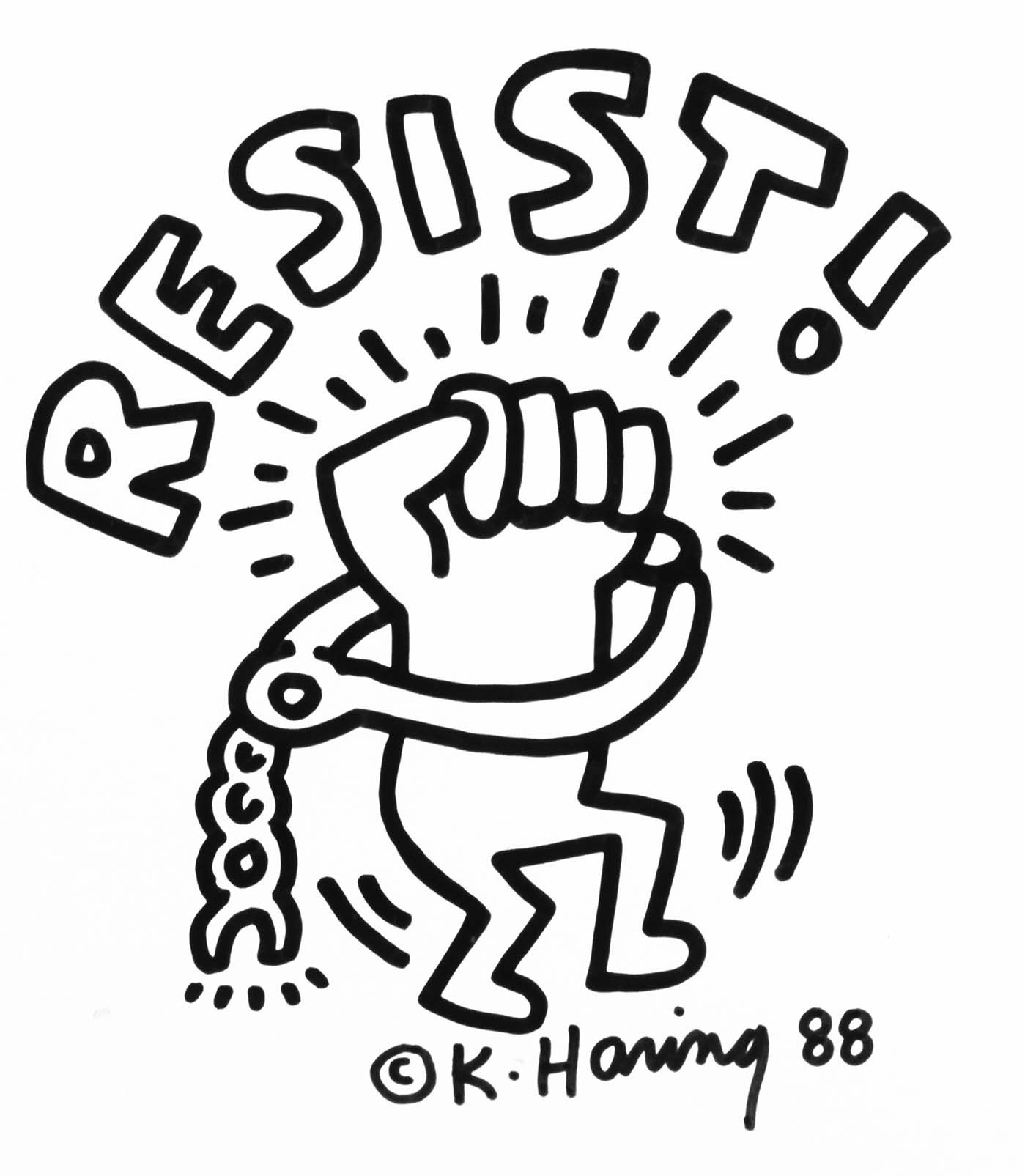 Larry Kramer was a writer and activist who fought fiercely for people with H.I.V. and AIDS, first as a founding member of the Gay Men’s Health Crisis, and then through the more protest-oriented AIDS Coalition to Unleash Power, ACT UP, which he co-founded in 1987.  Though sometimes considered controversial, his passion and dedication as a public health advocate and LGBT activist was tireless and unwavering.

We urge everyone to learn about the life and work of Larry Kramer, and the ways in which we can work together to effect positive change, even in the midst of a global health crisis.

Keith Haring would have been 62 years old today had he not succumbed to HIV/AIDS related complications in 1990.

Keith was an activist as well as an artist, and frequently used his artwork to help draw attention to a variety of issues, including the call to end apartheid, nuclear-disarmament, and the HIV-AIDS epidemic.

In a statement in the magazine Flash Art in 1984, Keith wrote “I think the contemporary artist has a responsibility to humanity to continue celebrating humanity and opposing the dehumanization of our culture.”  His well-documented history of social activism shows his commitment to this belief. “I’m trying as hard as I can to make some sense out of all this madness.  My life, my misguided love, my friends, suffering, pain, and little bursts of sanity.  It’s got to get better, I think, but it only seems to get worse.  How long can it go on?  And who am I to question it?  It’s not even a question of understanding anymore, but accepting.  I accept my fate, I accept my life.  I accept my shortcomings, I accept the struggle.  I accept my inability to understand.  I accept what I will never become and what I will never have.  I accept death and I accept life.  I have no profound realizations — it is blind acceptance and some kind of faith.   I am becoming numb to all of this, which is in a way even more frightening.  Nothing even surprises or shocks me anymore.  I am becoming very hard on the outside and even softer on the inside.  I have to get through this.  All of this and my own life, too.”

Keith Haring died from AIDS-related complications thirty years ago, on February 16, 1990.  Though struggling to make sense of the world he lived in, Keith continued to create until shortly before his death, using art as a way of maintaining hope.

One of the last works he created was a bronze altarpiece, cast in an edition of nine, one of which can be visited at the Cathedral Church of St. John the Divine in New York City. In May of 1989, Keith painted his mural Once Upon a Time… in a bathroom at The Lesbian, Gay, Bisexual & Transgender Community Center (known colloquially as The Center) in New York City.

Keith viewed this mural as a memorial to the casualties of AIDS, and to the loss of a time when expression of sexual freedom could be experienced as a joyful celebration.  The mural still exists today, and the room is no longer a bathroom, but functions as a sanctuary and place of contemplation for many people impacted by the AIDS crisis.

The Center has been a home and resource hub for the LGBT community, NYC residents, and visitors since its founding in 1983.  It provides a place to connect and engage, find camaraderie and support, and celebrate the vibrancy and growth of the LGBT community.  The Center offers the LGBTQ communities of NYC advocacy, health and wellness programs; arts, entertainment and cultural events; recovery, parenthood and family support services.

To learn more about The Center, and how you can visit the mural, go to https://gaycenter.org

World AIDS Day, designated on December 1st every year since 1988, is an international day dedicated to raising awareness of the AIDS pandemic caused by the spread of HIV infection and mourning those who have died of the disease.

Keith Haring first painted his iconic Crack is Wack mural in June of 1986 as a response to witnessing, first-hand, the crack epidemic ravaging communities, and the ineffectual and devastating policies of the U.S. government’s War on Drugs, with its inane “Just Say No ” slogan.  While painting the mural he was arrested and fined.   Eventually, the first version of the mural was painted over, but in October of 1986, Henry Stern, the Commissioner of the New York City Parks Department, asked Keith to paint the wall again, with full permission from the Parks Department.

The mural still exists as a statement about the impact of addiction, and the urgency to act in the face of suffering.