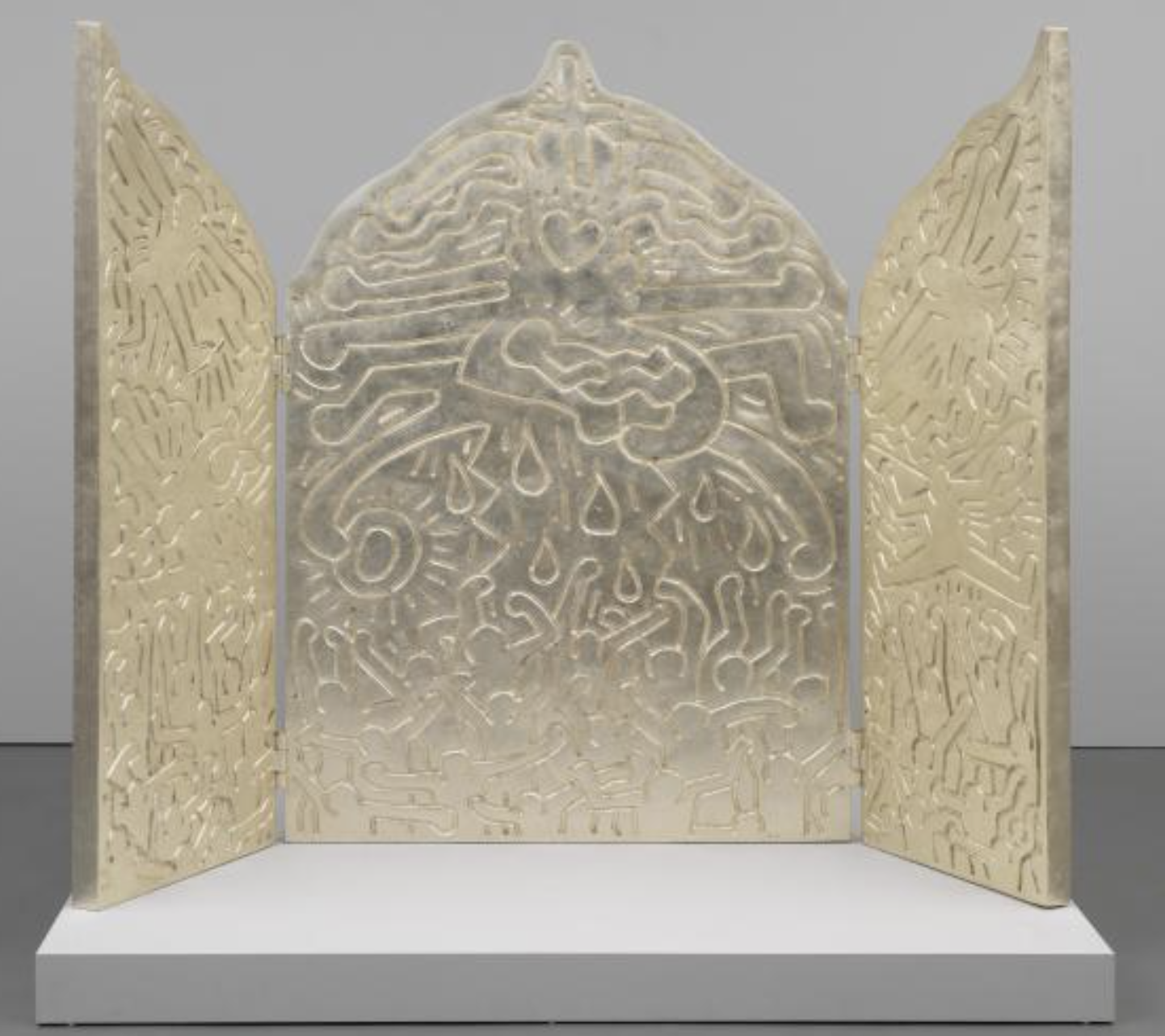 The Life of Christ (1990), a bronze and white-gold triptych altarpiece, is among the last works made by Keith Haring, completed just weeks before his death from AIDS related complications on February 16th, 1990.  In his inimitable and exuberant style, the altarpiece is crowded with angels and human figures, whose outstretched limbs lead the eye to the central figure of Christ, and functions as a tribute to those who have lost their lives due to AIDS.

The altarpiece was made in an edition of nine, which can be found in collections across the  world, including the Cathedral of St. John the Divine in New York City, where Keith’s memorial service was held on May 4th, 1990.